I am a typical Washingtonian. I'm liberal, I have a serious obsession with my dog. I get into arguments with my cat. I am finishing up my B.A in Human Resouces. I'm married with two children who are easily the weirdest kids on the block, it's great. 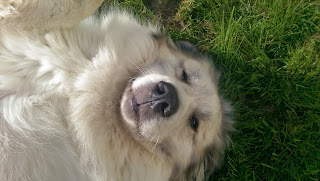 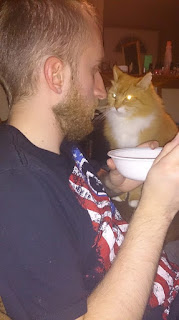 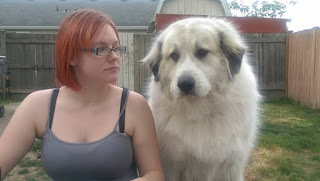 I write fiction. Mostly, YA or NA. I do have some horror concepts and manuscripts on the ever-full backburner. I range from magical realism to beasts, science fiction, and bitter teenage girls.

On occasion, I write smutty Fan-Fiction. More because it get's me out of a rut. It's easy to write smut Fan-Fic because there is a pre-set story and an easily determined outcome. Mostly, I have it bad for Tom Hiddleston.

I am a good prospect because I am open to changes. You can ask my editor Elizabeth Buege, I've killed several characters at the suggestion. I don't flinch at new or change. I will stick to my guns on key aspects, but otherwise, I am willing to put in the work if you are. I want to be published, and I'll kill all my characters if that's what it takes.

The project I want to submit is a YA Fiction called Princess of Hell. With world building inspired by The Divine Comedy, it's about a girl named Nora who dodges an assassination attempt by her step-father, the steward of Hell. With the help of an immortal man named Aegis, Nora explores the seven regions of Hell while unpacking deep-seated neglect from her mother, and figuring out newfound magical abilities. Which is worse than puberty ever was.

https://www.pinterest.com/shaynagrissom/princess-of-hell-mswl-ms-wip/
(If you're into that sort of thing)

Goodreads reviews for A Soul Reclaimed