Due to Covid-19 (I'm sure you're all tired of hearing that phrase) the publisher of my A Soul series is experiencing some delays.

We are working on the contract for the sequel to A Soul Reclaimed, but these things can sometimes go slower than we'd like.

Until then, I am releasing a series of stand-alone novellas.

The first in the collection is slated for July 15th.

I'm beyond proud to introduce Daughter of the Marmaros! 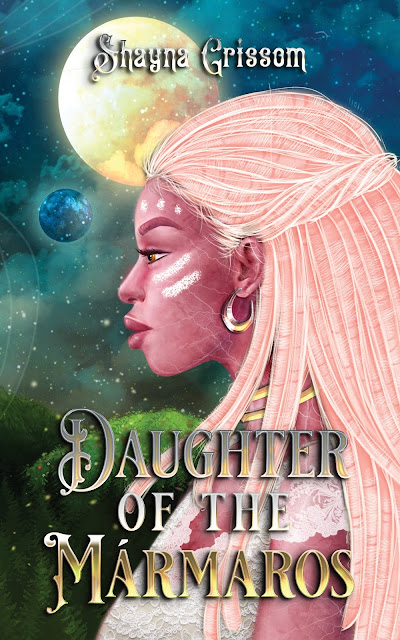 Bernadette is the last resort for the survival of her race.

Torn between duty to her people and the desire for a strange man lurking in the jungle, Bernadette flees the safety of the Marmaros, where six little jungle boys come to her aid.

The deeper into the jungle she goes, the more Bernadette learns about herself and the people who ruled her with a marble fist for so long.

Join Bernadette as she embarks on an adventure of a lifetime!

Popular posts from this blog

- January 07, 2020
I did everything I could, but malaise played peek-a-boo with my consciousness. It wasn’t the thought of being a bad daughter, I was well beyond such notions. It wasn’t the thoughts of what could have been done—I’m old enough to know better. They say that all women become their mothers in the end. That was what kept me up at night. Her response to life was a handful of chalky white pills and a vodka I wouldn’t serve to my worst enemy. She died in a smoke-stained trailer in the heat of the summer. My therapist says there are seven stages of grief. I skipped shock and guilt and went straight to redlining blood pressure. She wouldn’t even try to get better, not even for me. She was always so fucking selfish. Police and paramedics all stood around with averted gazes. I wanted to scream that I did not grow up among her trash mounds and cat feces and that it happened after I left. “What are those little red marks all over?” “They look like rat bites,” the paramedic says. “
Read more

Writer In Motion Short Story - Woman in the Shack

- August 02, 2020
You don’t feel the elevation change as you drive through the mountains. The only thing that tips you off is that at some point, you’re ears start popping like you’re on a redeye flight out of this hellhole. Blue mountains majesty, my ass. What was worse? My girlfriend kicking me out, or the awkward one-sided conversation with a stranger. “Plenty of fish in the sea,” he said. My side-eye wasn’t enough to stop his attempts at playing dad. I leaned back in the seat and pretended I was asleep. Chelsey and I had been over for months. We were over it, but our lease wasn’t. Towards the end, she moved a girlfriend in and I moved out. “Plenty of fish…” The virgin’s sage wisdom passed down by our father just didn’t have the effect he was going for. The sun burned orange through my closed eyelids. I wasn’t fooling anyone. I sat up and adjusted the seatbelt as we passed under the shadow of the mountain. “Hey, do you remember—” “The woman in the shack?” It wasn’t somethin
Read more

Harry Potter and the Potty Chair

- May 23, 2020
My husband is determined to read Harry Potter to our kids. I fully support this idea since they are 5 and 7, reading is imperative to their development. It's also a way to relive the nostalgia of a book that captured our imaginations. Surely, our children will find the story about The Boy Who Lived to be as awesome as we did, right? Okay, so we jumped the gun a little. When my daughter was two, my husband would try to read with her in the rocking chair before bed. After being assaulted repeatedly, he decided to put her in her crib where he could read to her from a safe distance. A toddler's rage is not to be trifled with. I could hear her screaming at him from the other side of the house. When I checked in to see if they were okay, he was often being pelted with toys, she was throwing all her blankies out of the crib, and getting ready to launch her diaper with her famous left arm. At least I wasn't the only one who had to dodge the dirty diapers being thrown.
Read more