Showing posts from April, 2020
Show all

- April 19, 2020
I just wanted to give a shout out to WriteHive for putting together such an awesome convention for writers. It's totally free and all online for everyone to access. https://www.writehive.org/about ^ That's their link. I wrote The Stink for their short story horror contest and was one of the three winners! This is almost the first contest I've won for writing, but my manager (AKA my husband) reminded me that years ago I won hundreds of dollars worth of sex toys. It was a contest asking us to write about why our significant other is so sexy. So really, that contest was about him, but I won by detailing his cunnilingus skills that make us both winners. Moving on! The Stink is probably one of the most personal stories I've ever written, and it's based on true events. My mother is mentally ill. Her anxiety has rendered her agoraphobic and has hoarding tendencies thanks to America's lack of mental care and crippling poverty. I also struggle with
Post a Comment
Read more 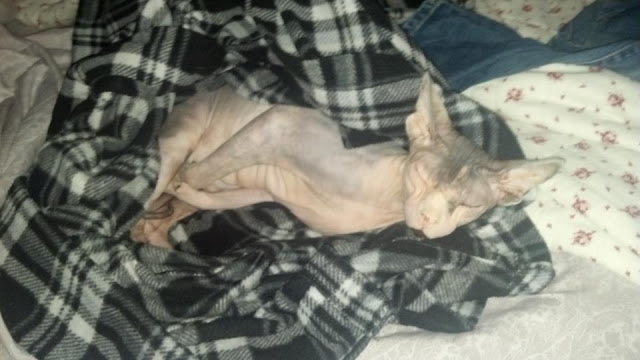 My short story, The Freak can be found in April's Envie Magazine. https://enviemagazine.com/ It's totally free, you just give them an email address and they give you a monthly magazine for free. The Freak is about two young brothers who encounter a strange creature while staying with their grandparents over summer vacation. It's a short story, so, that's all you're going to get. What made me think up this story? Like most of my stories, it was based on a dream. My dream was probably a compressed version of dealing with the loss of a cat, but not just any cat. Her name was Mila, but Mila did not answer to Mila. Thanks to an overly-attached breeder, Mila only responded to "Baby," which we then called her "Baby Kitty". When my husband (boyfriend at the time) first moved in with me, I told him he could pick out whatever cat he wanted. He'd never had a pet because of his mother. She hated cats and didn't want to pay for vet
Post a Comment
Read more
More posts